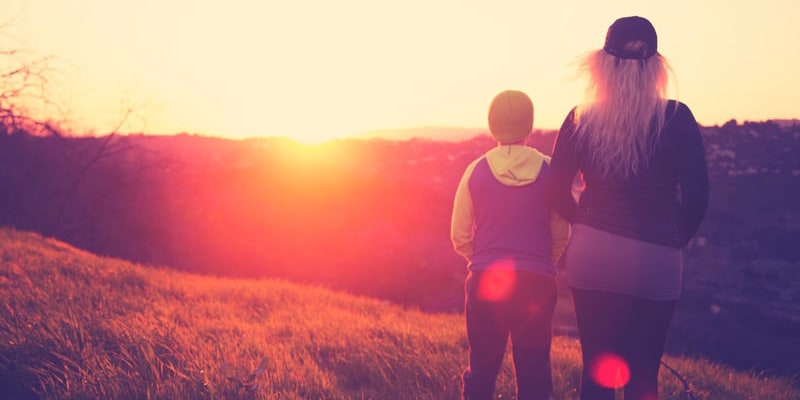 Bipolar disorder is a mental health disorder characterized by dramatic or abnormal mood changes (or swings). The estimated number of teenagers with bipolar disorder is currently 2-3%. The mood changes typically fluctuate between major depression and extreme elation, or mania. The mood swings can be anywhere from mild to extreme and can change very quickly, or emerge in a slower, more progressive manner.

The onset of bipolar disorder is usually between the ages of 15 and 30, and is more prevalent in individuals who have a family history of mood disorders or psychiatric diagnoses.

Symptoms in Teens with Bipolar

Although there are some similar symptoms across the board when it comes to bipolar, it is important to distinguish between the two subtypes – bipolar I and bipolar II, when looking at how teens may present. Additionally, there are several other nuanced types of bipolar your teen may also be diagnosed with.

Bipolar I is known is often the more obvious subtype of bipolar, as this is where the teenager alternates between extreme states of depression and intense mania. With the mania, the teen might be abnormally joyful and appear to have lots of energy.  This heightened state of energy can often mean he or she is extremely talkative and less likely to need sleep.  Within the mania phase of Bipolar I, the teenager may also experience hallucinations and/or delusions.

Bipolar I typically persists throughout a person’s lifetime.

Because teenagers experience both manic and depressive episodes whether they have bipolar I or bipolar II, there are some commonalities when it comes to symptoms and things to look out for.

During a manic (or hypomanic) episode, a teen may:

During a depressive episode, a teen may:

Other Types of Bipolar Disorder

Though Bipolar I and Bipolar II are broad categories that describe most cases, there are a few additional variations of teen bipolar that may also be present.

Rapid Cycling Bipolar occurs when an individual has four or more mood episodes within a year. This “episodes” are distinctively different than the simpler mood changes occurring in most bipolar patients. An individual with rapid cycling bipolar may be intensely manic and intensely depressed for several days within the same week.

The primary differences between types of bipolar are variations in mood, intensity, frequency, and other symptoms. Only a licensed clinician can make a proper diagnosis.

Because teenagers experience both manic and depressive episodes whether they have bipolar I or bipolar II, there are some commonalities when it comes to symptoms and things to look out for.

During a manic (or hypomanic) episode, a teen may:

During a depressive episode, a teen may:

Unfortunately, it is still unclear as to what exactly causes bipolar in teenagers.  Nonetheless, doctors and researchers do have an understanding as to what may contribute to a teen developing bipolar disorder.

Once your teenager is diagnosed with bipolar, the doctor will likely suggest a specific treatment plan to help your teen manage symptoms and work through struggles.  Treatment for bipolar disorder usually consists of medication and/or therapeutic intervention.

How You Can Help Support Your Teen with Bipolar

Having a child diagnosed with bipolar disorder can be stressful.  Yet there are many things you can do to help support your teen and promote overall wellbeing.

Track moods – while this is something you may want to encourage your teenager to do, it may be helpful to also track your child’s moods.  This can assist in identifying any patterns of mood/behavior, and be helpful in understanding the cycles your teen is experiencing.

Over time, psychologists have come to recognize that many individuals have multiple mental health conditions at once. Because each of these individuals is unique, it is important to develop a comprehensive approach to treatment.

For example, many individuals who suffer from bipolar disorder may also present symptoms of substance abuse disorder, ADHD, various personality disorders, and numerous other conditions. Instead of treating each of these conditions in isolation, dual diagnosis is a strategy that attempts to address them all at once.

With dual diagnosis, the goal of mental health treatment remains unchanged. However, the methods of treatment that are used may be slightly modified. This may include changes in prescriptions, treatment modalities, and frequency of treatment. Most research suggests that using a holistic approach increases the probability of a successful recovery.

Being a parent of a teenager with bipolar disorder can sometimes be rather frustrating. However, as one of their most valuable resources, your efforts are still important. By providing your teenager love and support, as well as access to the resources they need, you can have a profoundly positive impact on their life.