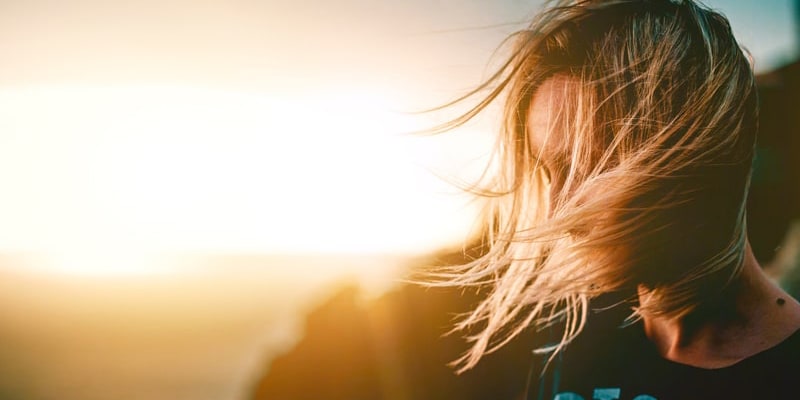 The adolescent and teenage years are a time of growth and transformation, physically, mentally and biologically. In moving towards adulthood, young people begin to discover who they are. Independent of parents, they begin to establish friendships and go through puberty. There are obvious physical changes associated with adolescence and puberty. But a large amount of internal change also occurs. Adolescent eating disorder statistics show 2.7% of teens in the U.S. between 13 and 18 years old have an eating disorder. For many teenagers, entering into puberty can be a time wrought with intense emotions, confusion, and stress. This period of change is what makes teens susceptible to developing eating disorders.

Adolescent eating disorders (such as anorexia, bulimia, binge eating disorder, and compulsive overeating) are concerns every parent hopes to avoid. Yet, because so many young people struggle with eating disorders, it is important to know the facts.

Anorexia is a serious, life-threatening eating disorder affecting many teenagers. Those who suffer from anorexia go to extreme lengths to control their food intake. Or, worse, they avoid eating altogether. Additionally, those with anorexia also have a distorted body image. They still feel “fat,” regardless of how thin they become.

Teenagers with bulimia typically binge (periods of uncontrollable overeating) and purge (self-induce vomiting). Inducing vomiting is the most common compensatory behavior. But there are others, such as laxatives or excessive exercise.

Anorexia is an eating disorder marked by significantly restricting caloric intake due to intense fear of weight gain. Teens with anorexia engage in some level of self-starvation. This extreme dietary restriction often leads to another eating disorder, such as bulimia or binge-eating disorder. Long periods of malnutrition take a toll on the body’s systems and organs. This, along with experiencing hunger cues and pains, can eventually lead a teen to “giving in” to the desire for food. And like the extreme nature of the restricting, once a teenager begins to eat again, it can be extreme as well (such as binging).

Anorexia most commonly emerges in the adolescent and teenage years. This eating disorder develops from a number of factors including, for some, the onset of dieting, converge. While dieting does not cause anorexia, the reduction in calories dieting entails often triggers the disorder. Especially in those who are genetically predisposed to it.

Anorexia nervosa is the third most common chronic illness among adolescent and teenage girls. Anorexia also has the highest mortality rate of any psychiatric disorder.

Depression may lead to eating disorders in teenagers, but in many cases, the eating disorder itself is what triggers depression.  Malnourishment causes physiological changes in the brain that can affect emotion regulation and mood.

The rate at which teens are becoming aware of their body shape and size is getting younger and younger, and media plays a big part in this. Many teenagers site media as being on of the biggest influencers when it comes to body image (how one perceives his or her body when looking in the mirror).  In the United States, media and overall popular culture strongly idealize thinness, and adolescents and teens are amongst the population most strongly influenced, especially with the popularity of social media. Unfortunately, the substantial influence the media plays in teenagers lives leads many (even teens with a normal body weight), are still susceptible to viewing themselves as “overweight” or “fat”. The importance placed on thinness in the media can create a desire to achieve the impossible in terms of body shape and size, and can obviously become a trigger to dieting and weight loss.

In this day and age, being concerned with weight and body size is incredibly common, especially amongst adolescent and teenaged girls.  Adolescence is when bodies begin to change, and there is an increased awareness of media and peer pressures.  Couple this with a lack of knowledge around nutrition, and many teenage girls are engaging in some very risky dietary behaviors as a way to cope with body dissatisfaction.  Although all teenage girls are susceptible, there are certain risk factors that make some more likely to use dangerous diets including:

Many people believe that an eating disorder is a “female” problem.  And while more common in girls and women, eating disorders do affect males as well.  Because there is far more discussion about teenage girls and eating disorders, many teen boys are reluctant to discuss their symptoms or admit they have a problem.  For some, there may be fear of appearing less masculine, or being judged by friends and peers.  This unfortunately prevents many male teenagers from getting the help they need.

While it is possible for any boy to develop an eating disorder throughout his adolescent and teenage years, there are certain factors that increase one’s likelihood including:

If you think your teen may be struggling with an eating disorder, contact Polaris Teen at (844) 836-0222 to find out more about residential treatment options for your son or daughter.

Substance Abuse in Adolescence
December 18, 2015
Distinguishing Between Signs of Depression or “Moodiness” in Teens
February 27, 2019
The Risky Combination of Mental Health Conditions and Substance Abuse
September 20, 2017