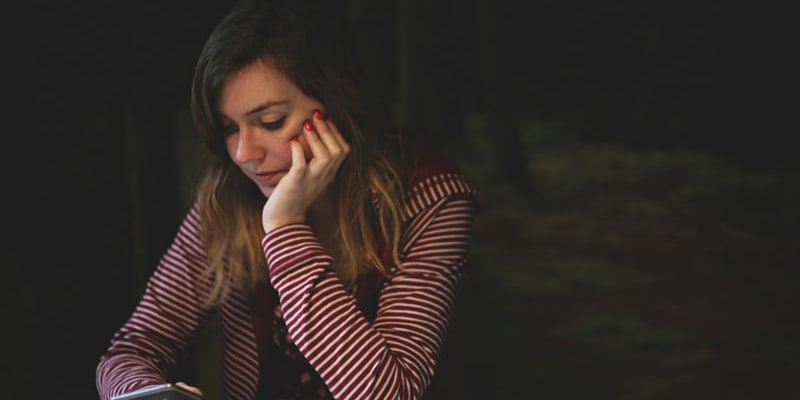 Social media is a constant in life for most people, especially teenagers.  According to the research, 90% of teenagers are on at least one social media site.  Adolescents and teens today are the first generation to have grown up with social media, and do not know the world without it.

The average teen spends up to 9 hours per day on social media platforms.

In general, social media affects adolescent girls more than boys.  Girls tend to be socialized more to compare themselves to others (especially other girls), and thus develop their identities based on the “results” of the comparisons.  But no teenager is immune. Social media websites, such as Facebook, Twitter, or Instagram, can have tremendous impact on teenagers’ health and wellbeing.

Over the past few years, social media use has increased significantly, which directly connects to the increase in the number of youth using smartphones.  Yet social media use has not been the only significant increase.  Unfortunately, suicide rates amongst adolescents and teens have also risen significantly (33% increase).  Again, while these studies may not show causation, there are some very strong correlations here.

Social media can be extremely habit-forming, becoming almost like an addiction for some tens.  Some have even described social media as more addictive than cigarettes and alcohol.  Internet addiction is described as the uncontrollable use of the Internet, resulting in excessive time consumption and/or social dysfunction.  Also concerning about the potential to become addicted to the Internet is that frequent and consistent Internet use can alter brain chemistry.  Some studies show decreased gray matter and neurotransmitter changes in teenagers who are “excessive users.”

Being an active social media user can greatly impact a teenagers regular sleep cycle.  Up to 42% of teens look at social media of some sort before going to bed. Teenagers often stay up late using social media, or have interrupted sleep due to social media notifications popping up on their phone.  Studies show electronic screens emit a light that disrupts circadian rhythms by delaying the body’s release of melatonin.

The sleep deprivation associated with social media has other serious ramifications.  Sleep deprivation in teens can lead to depression, suicidal thoughts, obesity, and poor school performance.

In general, adolescents and teenagers make up the population most prone to struggling with low self-esteem.  Yet, with the advent and immense popularity of social media websites, low self-esteem is plaguing more teens than ever before.  Social media can take a toll on a teenagers confidence and self-worth in different ways.

for example, some studies show that when teenage girls view Facebook, even just for a short time, are more concerned about their body shape and size than non-users.

According to research, nearly one-third of teens have experienced cyberbullying.  Cyberbullying is defined as intentional, repetitive, and aggressive acts aimed at hurting another person emotionally.  Cyberbullying is carried out through electronic media and involves an imbalance of power.  Cyberbullying has the potential to increase a teen’s likelihood of developing depression, anxiety, and low self-esteem.  Cyberbullying can also cause physical health effects, such as stomachaches, headaches, muscle tension, bed-wetting, and poor appetite.  Adolescents and teens who are the victims of cyberbullying are also at risk of poor school performance.

Obviously, cyberbullying has increased in prevalence as technology and social media continue to expand and evolve.  But what makes cyberbullying so enticing to some is the anonymity with which it can be done.  Not only do young people feel more confident sending hurtful messages through text rather than face-to-face, but also because they can be sent anonymously.  Many teens today create fake or false social media accounts solely to send hateful messages.

Social media could potentially affect any user’s interpersonal relationships.  Yet for adolescents and teenagers (who are still learning how to effectively communicate and establish connections with others), social media almost always jeopardizes the way they interact and form relationships.  By spending much time on social media, teens are missing out on very critical social skills and nonverbal social cues. Body language, facial expressions, and tone are all essential social cues, and unfortunately, are things that do not translate over social media or texting platforms.  Face-to-face conversations have become increasingly uncomfortable for teens today, as so many are much more accustomed to communicating via social media and Internet chat sites.

While much research supports the growing discussion around the negative effects of social media and teen health, there are studies that suggest an opposing opinion.  Some view social media as a tool that can benefit teenagers in a variety of ways.

Educate – educate your teenager about his or her “digital footprint” and staying safe on social media.  Let him or her know that whenever they post on social media, their actions are visible for the world to see.

Previous Post 10 Statistics of Teenage Eating Disorders Next Post Borderline Personality Disorder in Teens: What You Need to Know