The Relationship between Technology and Teenage Depression 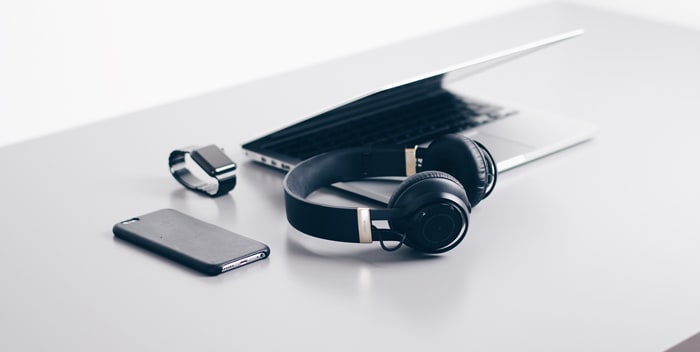 Excessive use of social media, smartphones, and other technologies has had a demonstrably negative impact on the mental health of America’s teenagers. For better or for worse, many of these technologies seem to have established themselves as a permanent component of our culture. What remains clear is that the importance of moderation cannot be overstated.

Many teenagers love using texting, social media, and other digital forms of communication because it enables them to communicate in ways that used to be impossible. In the 21st Century, having conversations with ten different people in ten different states is now a realistic possibility. But just because something can be done, that doesn’t mean doing so is without consequences.

Because communicating through these novel new mediums is so readily available, many teenagers have begun to prefer digital communications to face-to-face communications. But while spending time on a computer or smartphone may decrease certain physical risks, there is evidence suggesting that it makes teens less happy.

As a social species, we have a continuous need for healthy human interactions. Personal communication is something that produces a wide variety of benefits (directly affecting our brain’s chemistry) and many of these benefits are lost when the personal element of communicating is removed.

Our brains tend to wrongfully register the glow of a phone or computer screen as the glow of the sun. Because we have evolved to associate this glow with the daytime, looking at a screen late in the day can make it much more difficult to fall asleep at night.

Sleep is absolutely vital for teenagers to properly function. Without enough sleep (ideally 7+ hours per night), they are more likely to do poorly in school and also more likely to be depressed. In order to avoid one of the primary causes of depression, it is important to avoid spending time on screens at least an hour before going to bed.

Constant media exposure and self esteem

The teenage years can be exceptionally difficult. Most teenagers are struggling to form their identity and build a healthy sense of self-esteem. The environment in which they mature in can have a tremendous impact on who they are as a person and how they feel about themselves.

When an individual is constantly being exposed to various forms of media, their sense of self-esteem can begin to diminish. The world that is being consumed through digital media is a distorted reality. Because most social media accounts represent a filtered version of an individual’s life, teenagers will often wrongfully compare themselves to their peers and assume they are not good enough.

This filtered reality creates an impossible standard that no individual could possibly be expected to meet. It has often been said, “Not even the models look like the models”, and this is something that is undeniably true.

One of the greatest outcomes of the information era is that we can now quantify data more effectively than ever before. However, when it comes to many of the quantitative measures that are used on social media, it becomes all too easy to invest one’s sense of self-worth in something that isn’t even real.

Metrics such as Facebook “likes”, Instagram “followers”, and Snapchat “streaks” do not accurately reflect the value of the individual. Yet, many users of social media dependent on these numbers in order to feel a sense of value. When there is always someone with a statistically ‘better’ number out there, these users will feel as if they are simply not good enough.

Recognizing signs of depression in teenagers

The relationship between technology use and depression is abundantly clear. Teenagers who are continuously plugged-in are more likely to demonstrate the social, behavioral, and even chemical symptoms of someone who is clinically depressed.

If you believe your teenager may be suffering from depression, you may want to consider reaching out to a professional resource. The available research on the connection between technology and teenage depression is rapidly expanding.

Where developing healthy tech habits becomes difficult is finding a way to enjoy the benefits while also avoiding the risks. The internet offers individuals access to more information than they have ever had before. But it also offers a constant distraction—a virtual escape that can deteriorate one’s state of material being.

As a parent, one of the most important things you can do is realize the importance of moderation. Encouraging healthy tech habits can profoundly benefit your teenager’s mental well-being.

Though there are still many different reasons a given teenager may be suffering from depression, being conscious of the effects of technology can make an immediate difference.

If you suspect your teen is suffering from severe depression, anxiety or other mental health disorders, it’s important to seek help in the early stages. For more information on our psychiatric, residential programs, contact Polaris Teen Center at 1-844-836-0222 or leave us a message through our confidential contact form.

More Than Skin Deep: How Makeup Can Actually Help with Depression
August 30, 2017
Why Parents Need To Talk to Their Teens About Internet Addiction
April 21, 2017
Los Angeles Mental Health
November 25, 2015